What role did the University play in your life? Directly – in terms of skills and knowledge – or indirectly, via friends, experiences and the local area.

Please get in touch to share your story, and help us inspire the next generation of alumni. 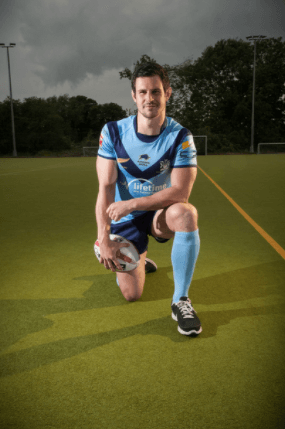 Joe McLean graduated with an MBA from the University of Gloucestershire in 2019, and is now key account and contract manager at Prospect Training Services. He has also enjoyed a career as a semi-professional rugby league player, who has represented Scotland as a prop or second-row. Joe was captain of the All Golds from 2013 to 2017. 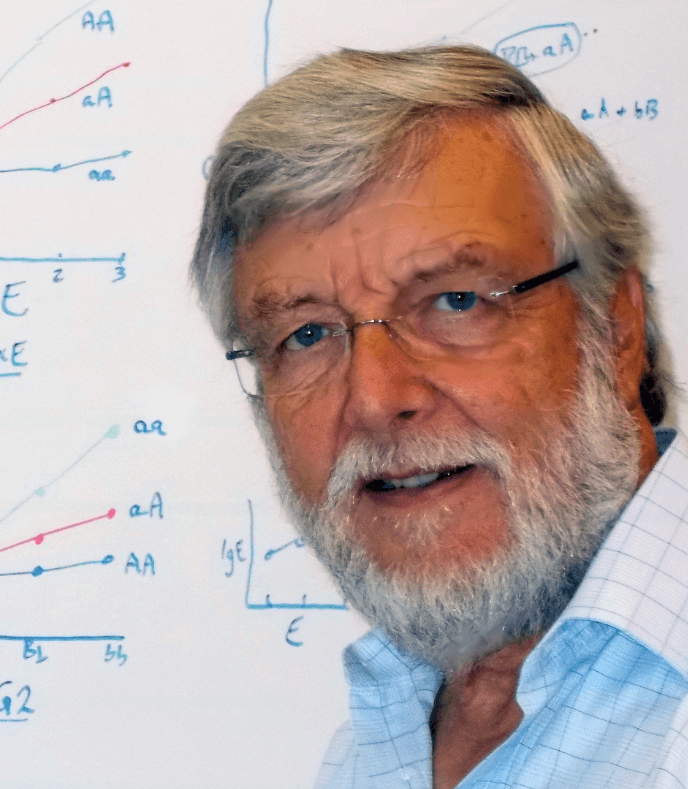 A former student of St Paul’s College, a predecessor of the University of Gloucestershire, Michael received his Certificate of Education (specialising in Science and Geology) from
St Paul’s College in Cheltenham in 1965.

Today he is a renowned global leader in evidence-based medicine, and the Susan Dwight Bliss Professor of Epidemiology (Chronic Diseases) and Professor of Obstetrics and Gynaecology, Reproductive Science and Neurology at Yale University in the USA. He has studied and worked at
Yale for more than 50 years.

Michael also consults for many international corporations and agencies including the World Health Organisation, and has served as the elected President of the American College of Epidemiology and the Society for Epidemiologic Research.

He was awarded an Honorary Doctorate by the University of Gloucestershire in recognition of his outstanding contribution to the field of medicine in 2015. 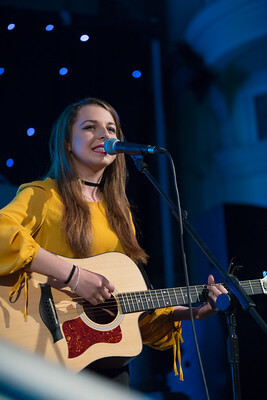 Having graduated in Popular Music in 2018, songwriter Demi Marriner’s career is going from strength to strength.

With endorsements ranging from Bob Harris to Chris Difford, Demi’s preparing to release her new record, The Things We Didn’t Say, in 2020.

As well as writing her own music, she has also composed for numerous film and television productions. You can find out more about Demi here. 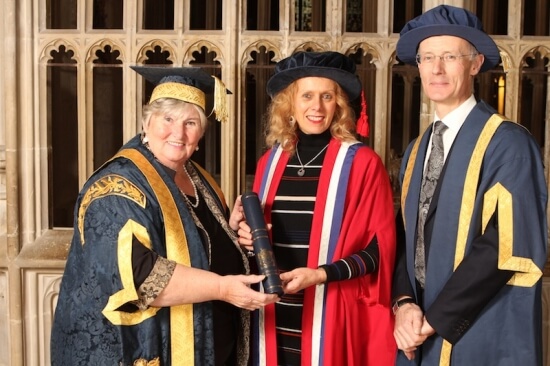 Now the first woman Master of the Worshipful Company of Paviors, Sue Illman studied Landscape Architecture at the Gloucestershire College of Arts and Technology, now the University of Gloucestershire.

Sue started landscape architecture practice Illman Young in 1987 with Yvonne Young, and the company has a broad project base from commercial and industrial, to education and leisure, alongside housing at all scales, from new urban extensions to individual houses to historic landscape conservation.

Sue received an Honorary Fellowship from the University of Gloucestershire in 2014. 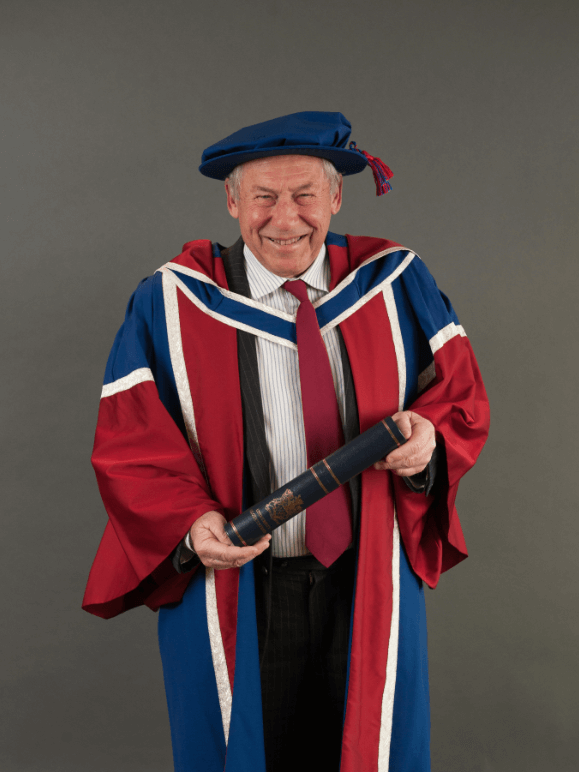 President of the Landscape Institute, Merrick Denton-Thompson started his landscape career in Africa, studying in Tanzania, then at Malvern, and then at the Gloucestershire College for Art and Design, a predecessor college of the University of Gloucestershire, from 1968 until 1972.

He has spent his career working in local government and the voluntary sector, in roles including as a founding board member of Natural England. His enthusiasm is infections and his passion for sustainability has inspired many to follow in his footsteps into his profession. He was awarded an OBE for services to education in 2001, and an Honorary Doctorate from the University of Gloucestershire in 2018. 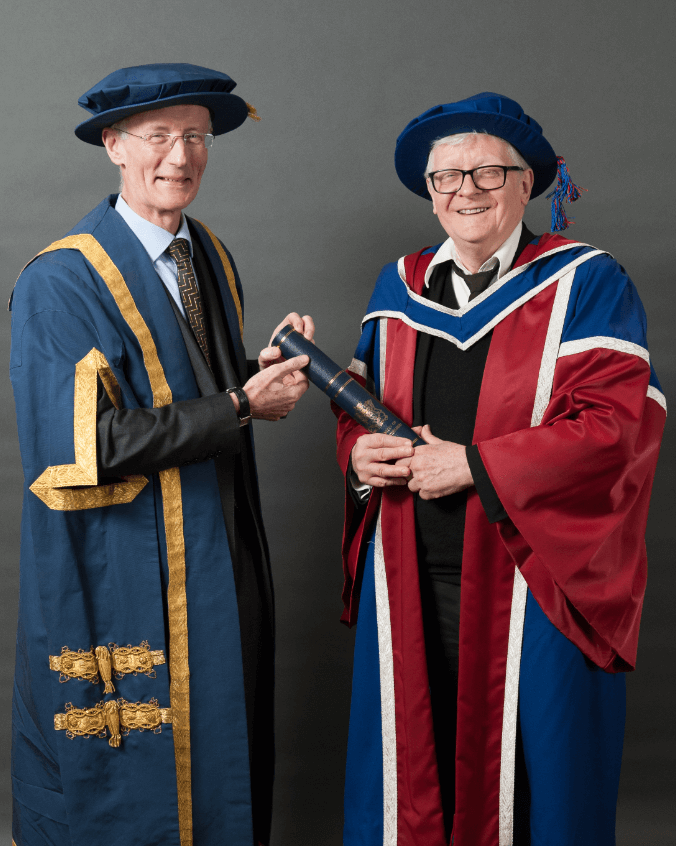 Born in Cheltenham in 1943, Barry attended Cirencester Grammar School before studying at the Gloucestershire College of Art, a predecessor college of the University of Gloucestershire.

Planning to be an art teacher, but instead of teaching he found a job in a bookshop, becoming the manager of Better Books, importing poetry magazines from overseas and organising readings, film shows and more. In 1965 Allen Ginsberg stayed with him and this saw the beginnings of the Royal Albert Hall Poetry Festival, organised from Better Books.

In the same year he founded Lovebooks Ltd, a company called MAD with Peter Asher and John Dunbar, and also opened Indica Books and Gallery.

Now a best-selling author, these include the official biography of Paul McCartney, along with biographies of Jack Kerouac, Charles Bukowski and Allen Ginsberg. He is also well known for chronicling counter cultures and the beat generation with books such as London Calling and The Beat Hotel. 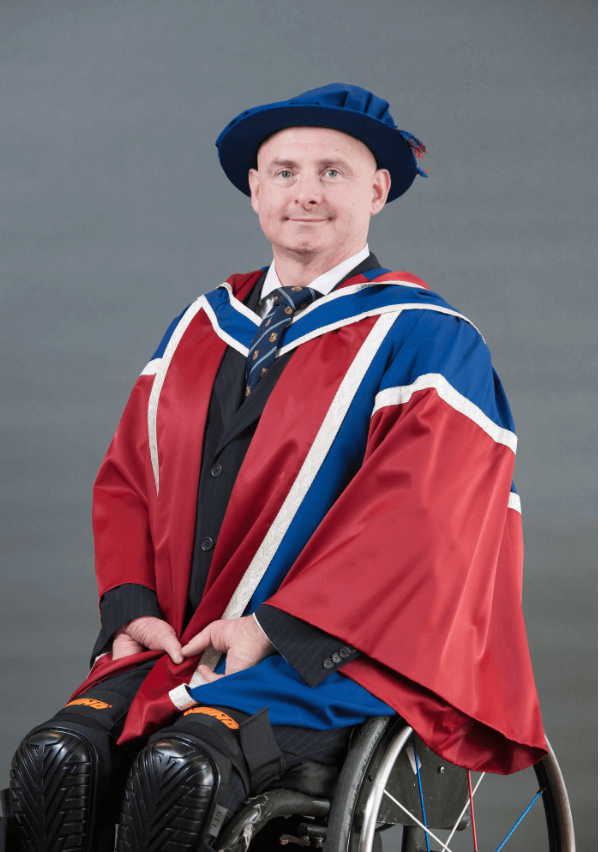 Mark is an alumnus of the university, having studied at the then Cheltenham and Gloucester College of Higher Education, from 1994 to 1998. He captained the men’s volleyball team for four years, and was also the leisure services sabbatical officer.

An accomplished athlete, Mark’s professional career has spanned more than 20 years, and he has been proud to represent his country at wheelchair basketball, volleyball and wheelchair rugby.

He is now an Engagement Advisor at the Activity Alliance charity, which is working to enable organisation to get more disabled people active for life and has covered the West Midlands and South West. 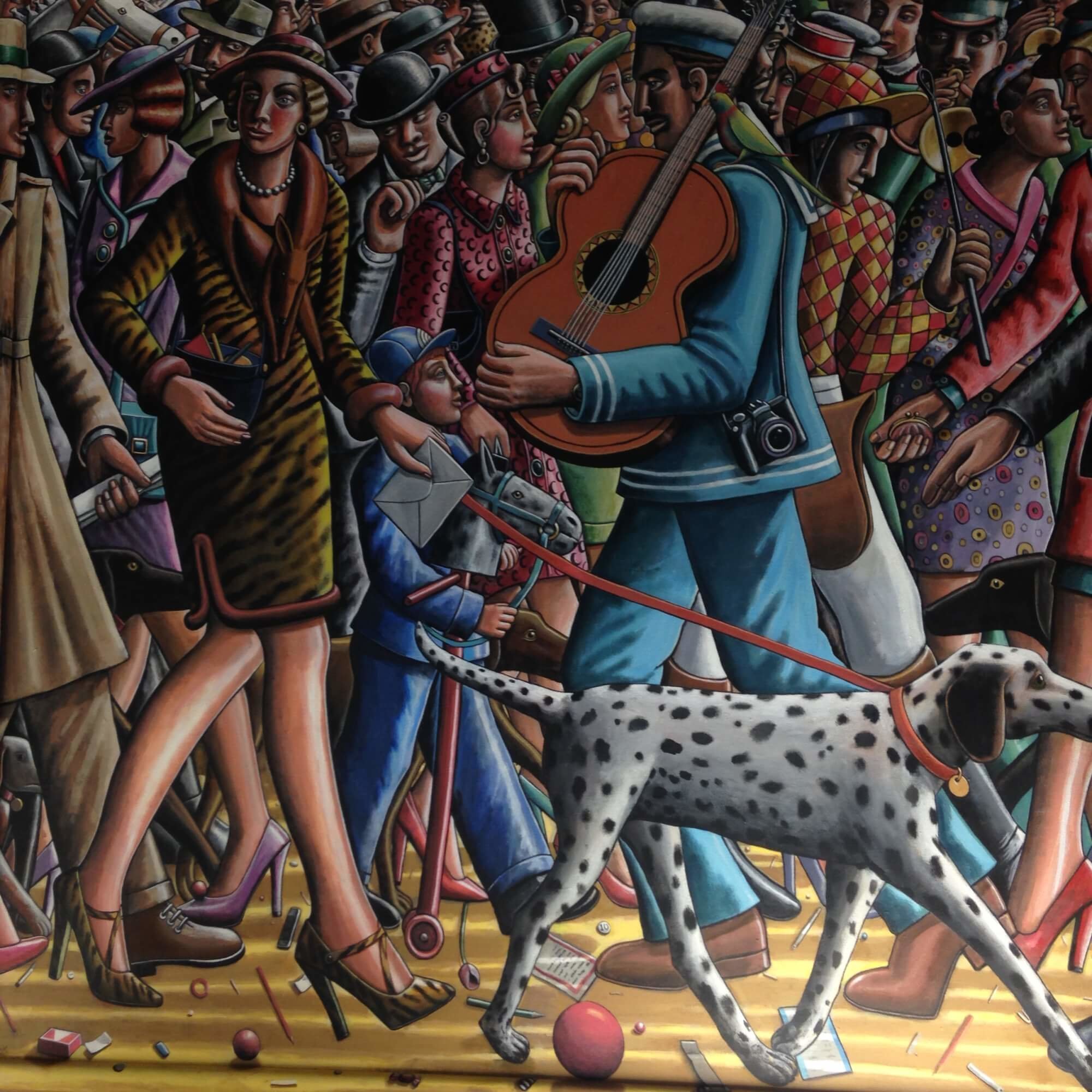 Born in Cheltenham, PJ Crook is a painter and sculptor whose exhibitions have appeared all over the world. PJ studied at the Gloucestershire College of Art and Design, which became the University of Gloucestershire, from which she received an Honorary Doctorate in 2010. She was born in Cheltenham, where she still lives and works. PJ also sponsors an annual award in recognition of work by a final year student. Presented at graduation, the PJ Crook Prize is to help students with their applications to postgraduate courses or setting up their own.

She has kindly donated a number of paintings and other artworks, including Walking the Dog, the painting above, to the University of Gloucestershire. 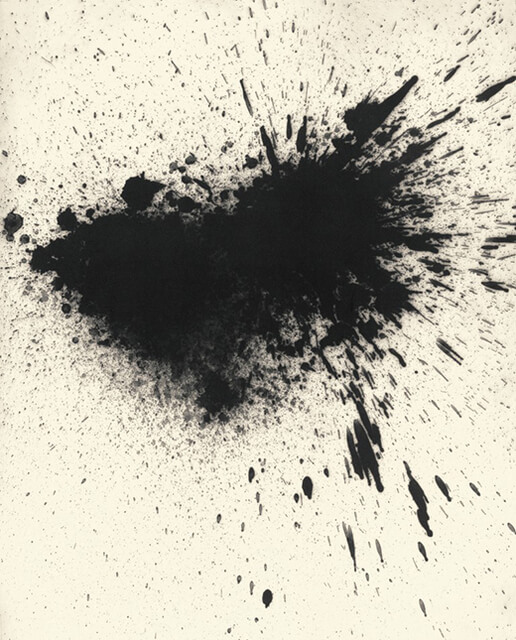 Cornelia Parker studied at from 1974 to 1975 at the Gloucester College of Art, which later became the University of Gloucestershire. She is well known for her large scale installations and was nominated for the Turner Prize in 1997. Cornelia, who received an Honorary Doctorate from the University in 2008, has collaborated with a wide number of organisations including Madame Tussaud’s, the Victoria and Albert Museum, and HM Customs and Excise. Cornelia has kindly donated this painting, Two Shots of Tequila, to the University of Gloucestershire. 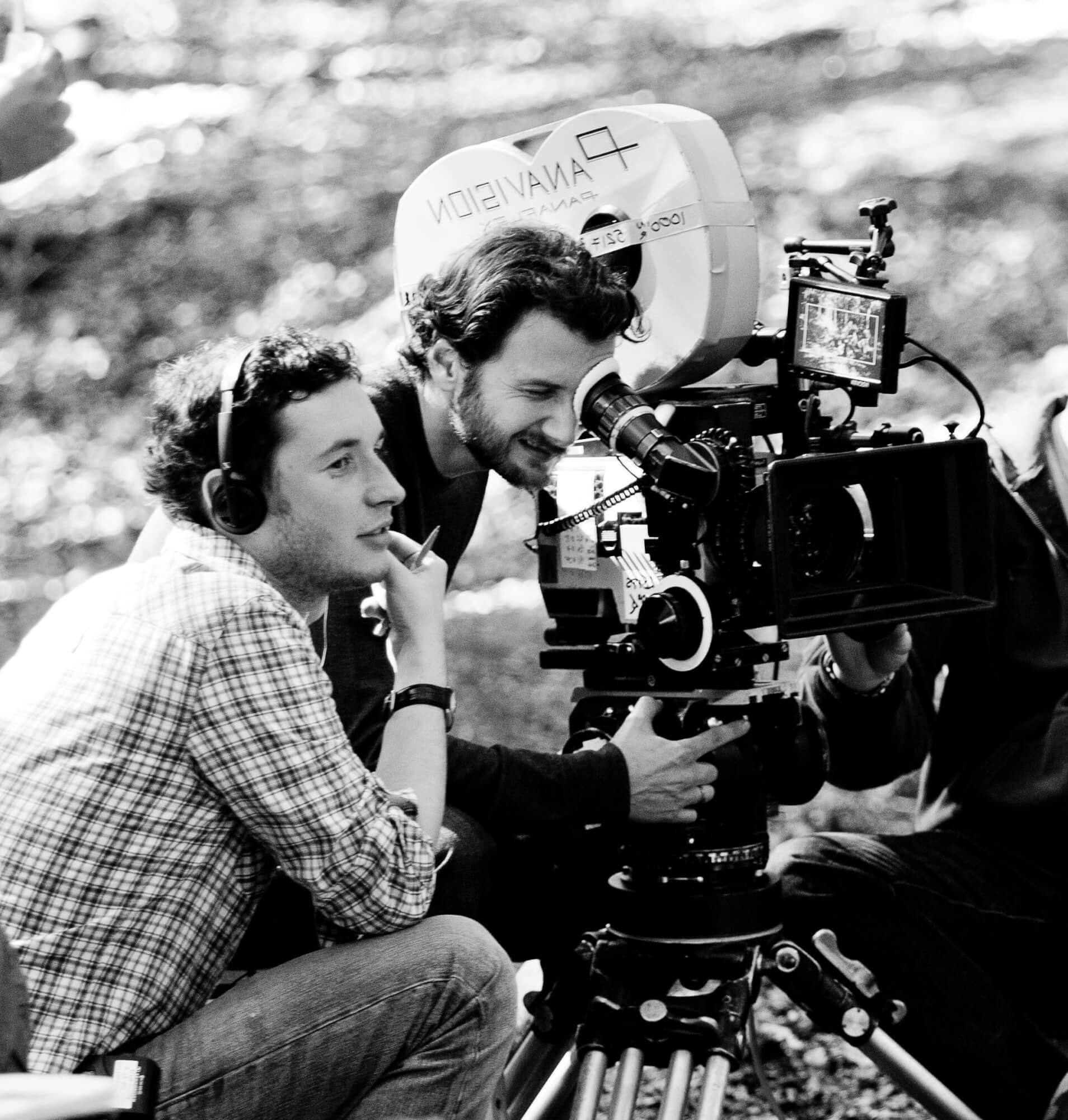 Lewis graduated from the university with a first class degree in Media Production in 2007. He has previously directed Broadchurch, Humans and Misfits, and regularly returns to the university’s Media School as a guest lecturer on the Film Production course. 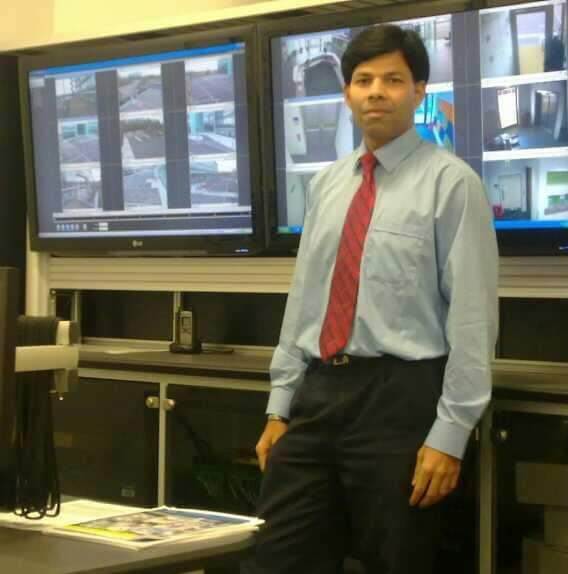 (MSc Business & Management 2010)
I found University of Gloucestershire, true to its motto, In animo et veritate; In Spirit and in Truth. Throughout my study, the facilities and faculty of this prestigious entity nurtured my capabilities and skills, equipping me to excel in the real world. After graduating in August 2010, new horizons greeted me. I worked for more than six years at Advance Security UK Ltd as a Security Coordinator, where I further honed my skills. Now I own a successful security company. 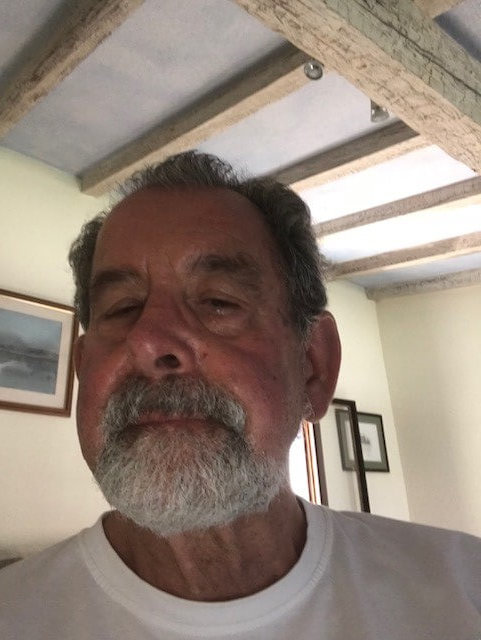 Since graduating with a BEd from our predecessor institution, St Paul’s College in 1969, Robin Welch’s career has taken him around the world. After teaching in Bristol he became a school inspector in Botswana, helped establish a university in South Africa, and was awarded an MEd in 1980. Moving from there into media, he has set up television stations around the world. Now 73, he is still working, and writing a book about his experience and the people he’s met along the way. 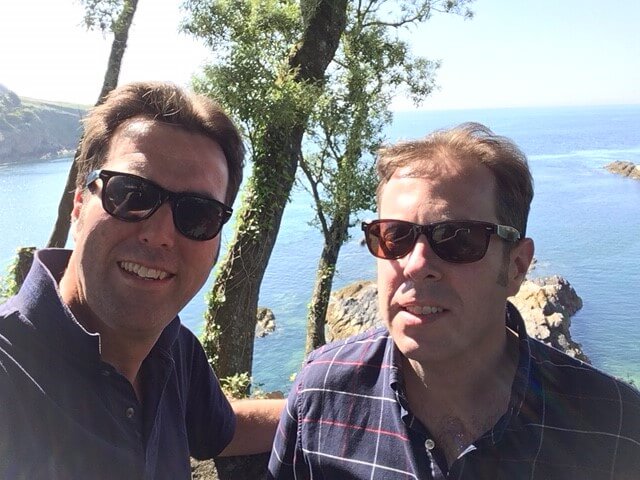 In 1992 Paul Sherwood met his future husband to be on the first day of his Geography course at Cheltenham and Gloucester College of Higher Education. After his husband Nick Bennett completed his master’s degree, they both became statisticians for the Ministry of Defence. He said: “The course prepared us well for the Civil Service graduate recruitment scheme we applied for as new graduates. We still have very fond memories of our days in Cheltenham and still live in Gloucestershire.” 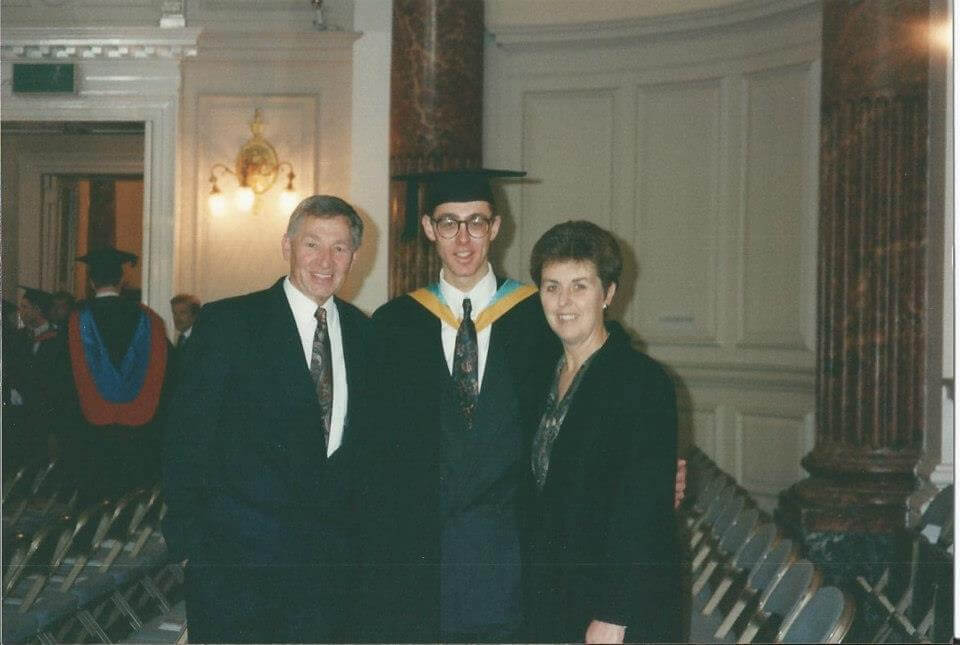 Starting at the Cheltenham and Gloucester College of Higher Education in 1990, Stuart Bullen studied Human with Physical Geography, followed by a PGCE a few years later. This led to advice and guidance work and he has worked in student support at a number of organisations including a sixth form college, a charity and in higher education. “What I enjoyed most was being young and living away from home in a great town which was just the right size, not too daunting to move to, but enough to do!” 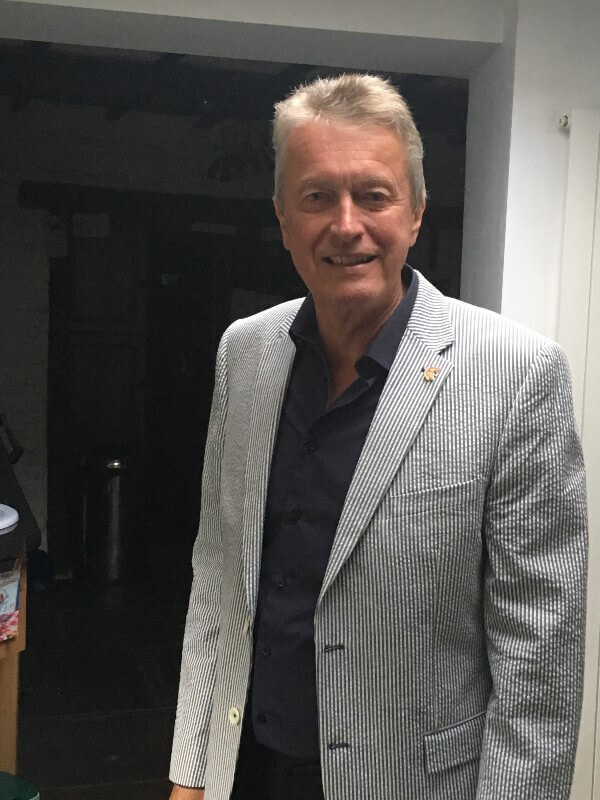 A former head teacher of two independent schools, including Hereford Cathedral Junior School, Tim Lowe is co-founder and trustee of the Little Princess Trust, which provides real hair wigs for children who lose their hair through cancer treatment. Tim, who studied at St Paul’s College (a forerunner of the University of Gloucestershire), is also a consultant with Headway Education, which funds innovative educational ideas. 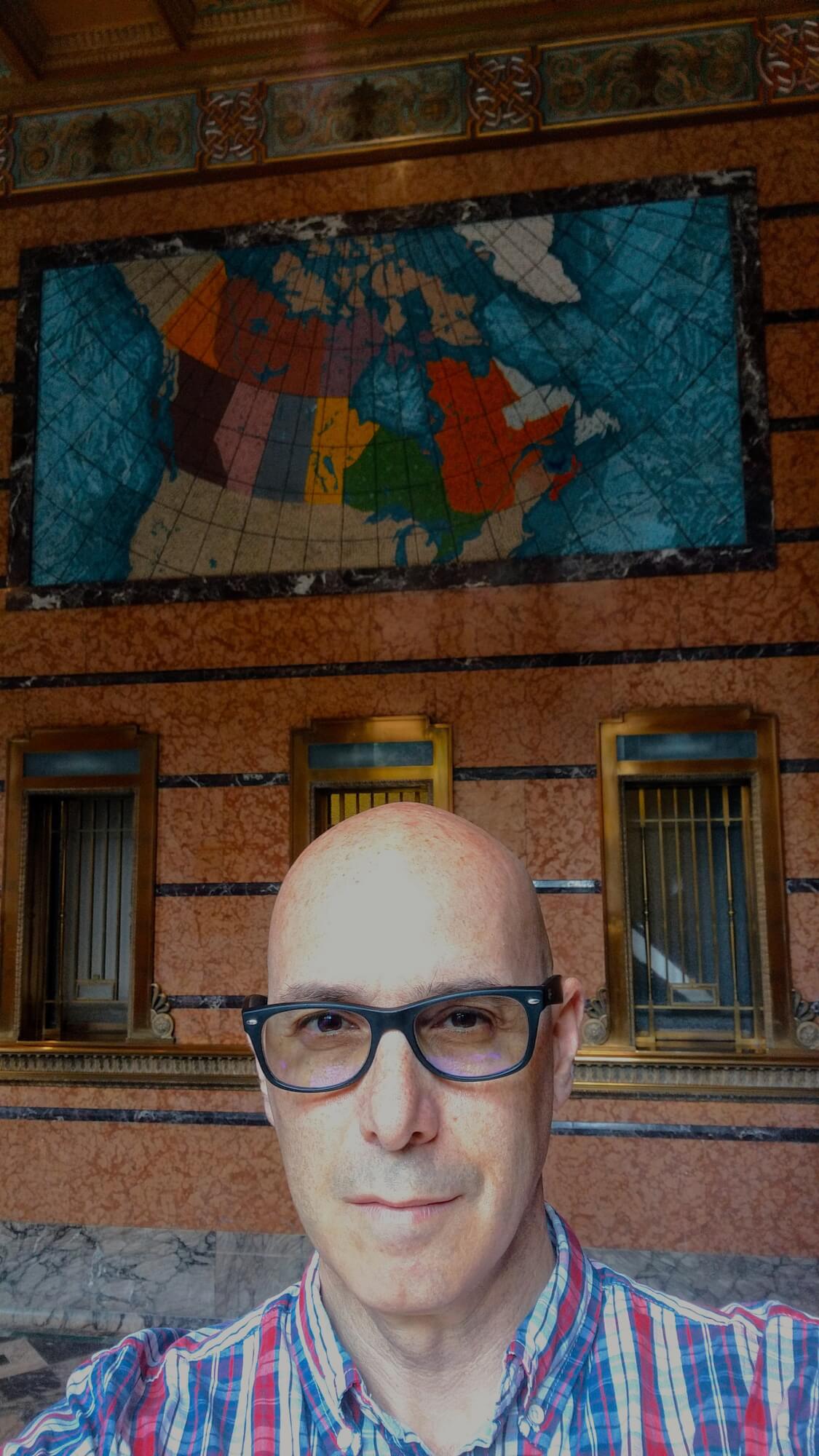 Since returning home to Canada in 2016 after his fast track law degree at the University of Gloucestershire, David Langer has been sharing his experiences. “Every time I speak about the course, I firstly emphasise the challenges I faced, and then the pure joy it was to have been generously given the opportunity to study law in England. In that brief flicker of time I have learned so much, and I can only hope that my grandchildren can one day have the same opportunity of education and culture.” 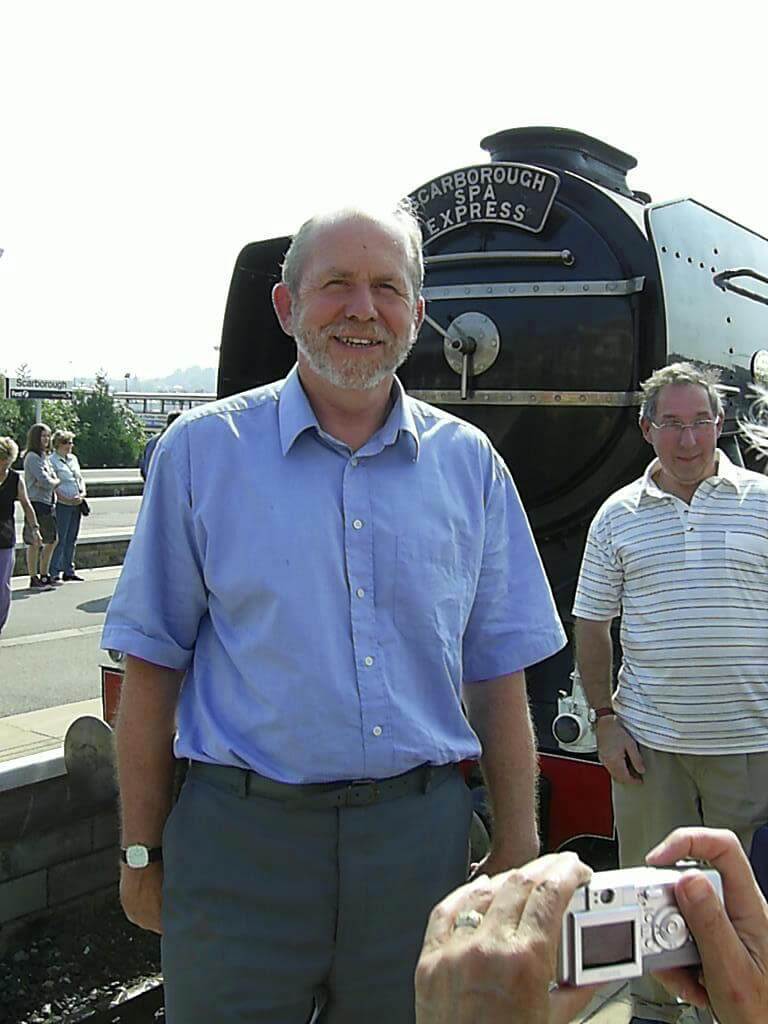 I began at St. Paul’s in September 1968 on the “Double PE” course. The years at St. Paul’s were wonderfully active/happy and I collected not just a teaching diploma but a wife as well!
My career began in secondary schools, working up to head of department before taking a specialist PE job in a primary school. I eventually became a primary head for fifteen years. After taking early retirement I spent later years happily doing supply work and working as a teacher rep for the LEA. 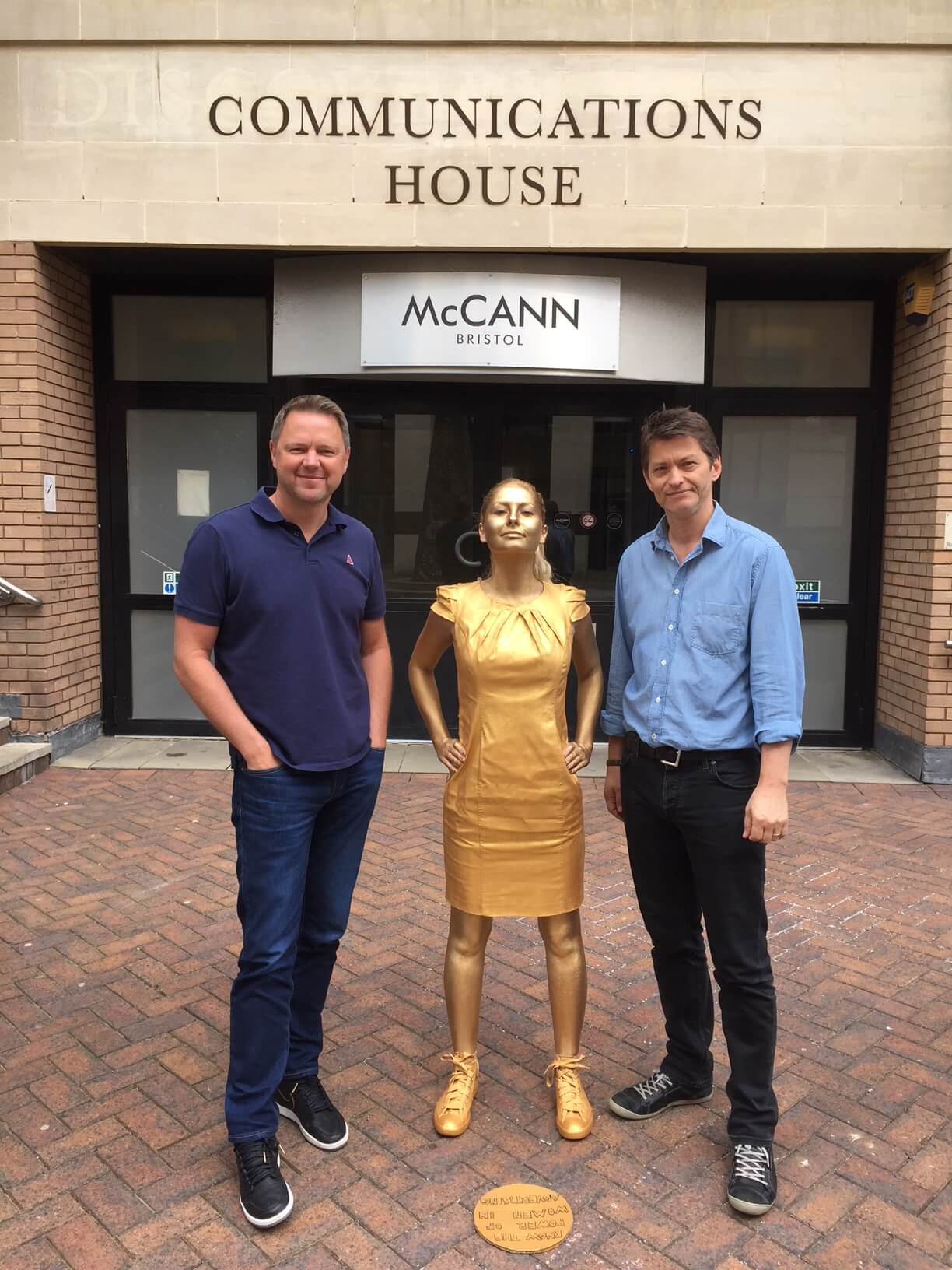 Advertising graduate Jade Delaney hit the headlines in May 2018 when she turned up at the offices of McCann Bristol, covered in gold and faced down the building, in the same pose as the famous ‘Fearless Girl’ statue on Wall Street, New York. The stunt worked and after catching their attention, McCann offered her a month-long work placement on the spot. Following a great two months at McCann Bristol, Jade has been rewarded with a full-time position as a junior conceptual creative, 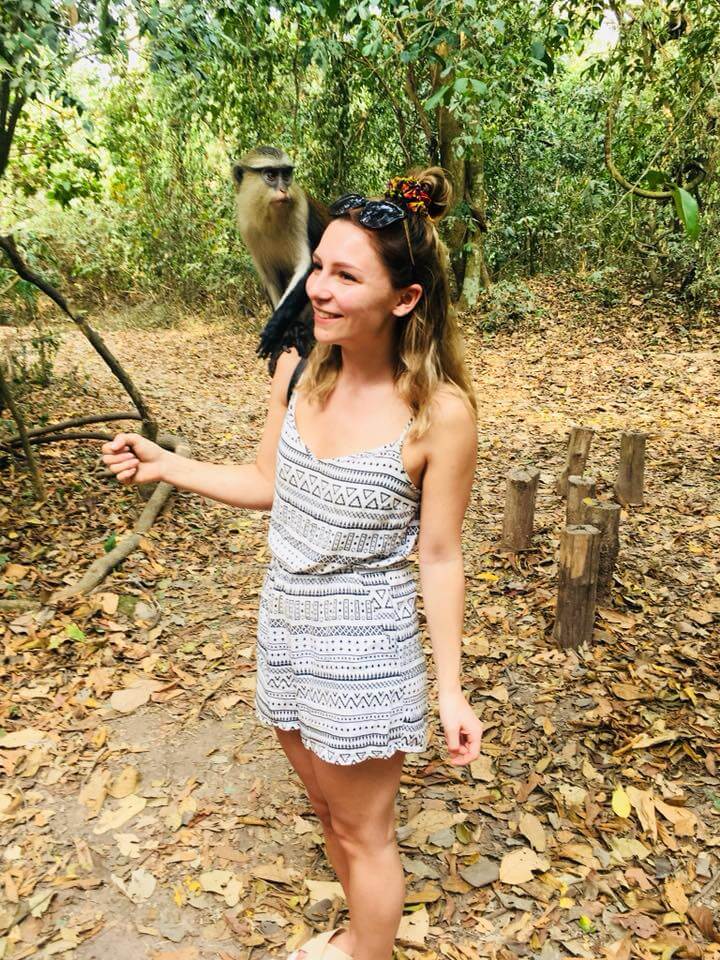 After graduating from the University of Gloucestershire with a BSc (Hons) in Sports Therapy, Linzi Mirams made decision to apply for a volunteer program abroad to help gain more experience as a newly qualified Sports Therapist. Linzi has recently traveled to Ghana in January for 10 weeks to take part in a volunteer Sports Therapy internship.
Linzi is now head sports therapist for the Rising Stars of Africa because of her experience when she volunteered. 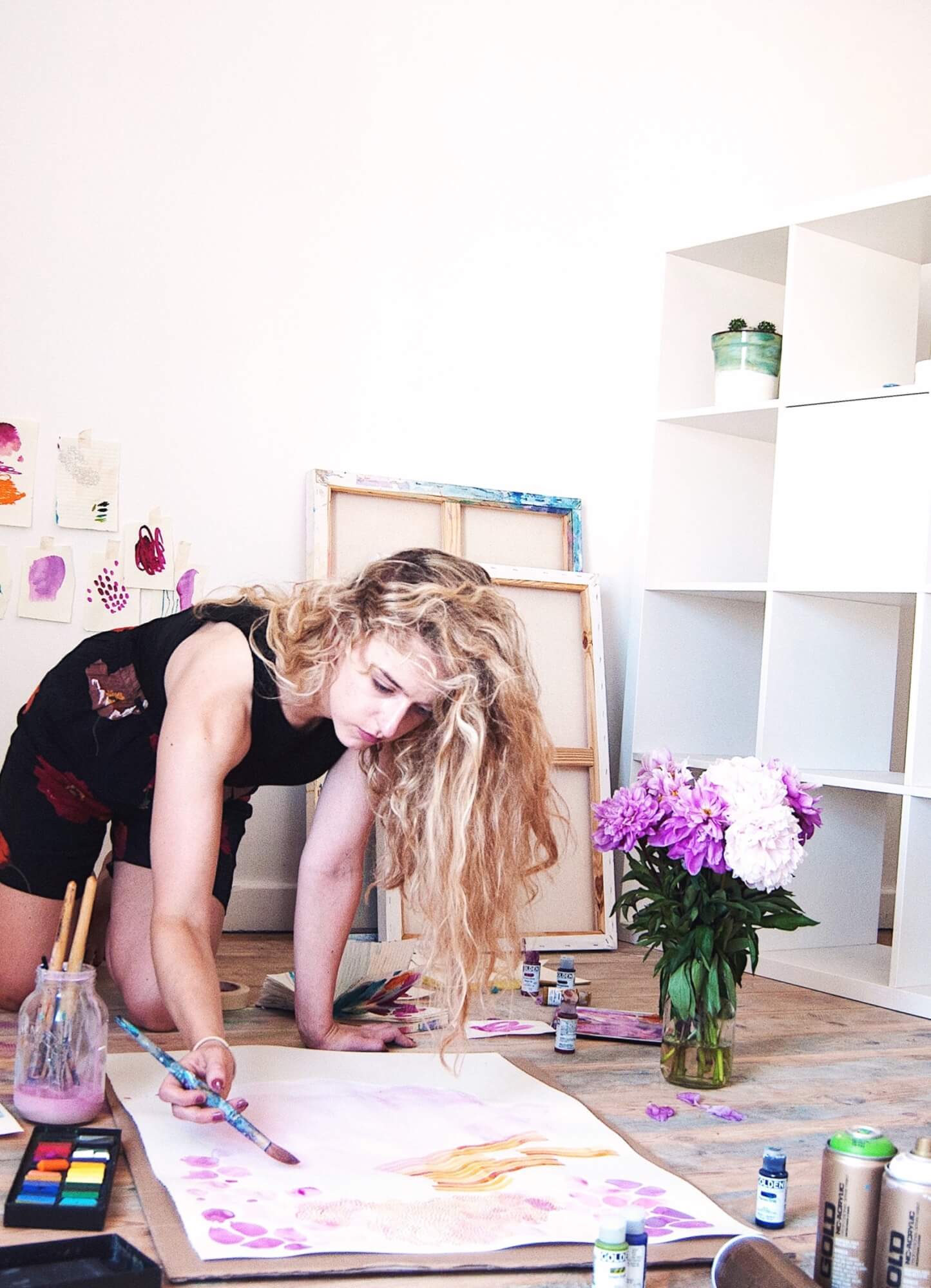 Graduating in Fine Art at the University of Gloucestershire, Emma has exhibited her work nationally and internationally, and launched her first solo exhibition in August 2018.
All of her work is dedicated to her late father, and her new exhibition hung in the space above Aroundabout Sound in Cheltenham, the music shop he founded in 1985.

This could be you!

What role has the university played in your life? And where has it led you? Your stories help to inspire new generations of students as they start their own journey, so please get in touch to share your story at alumni@glos.ac.uk 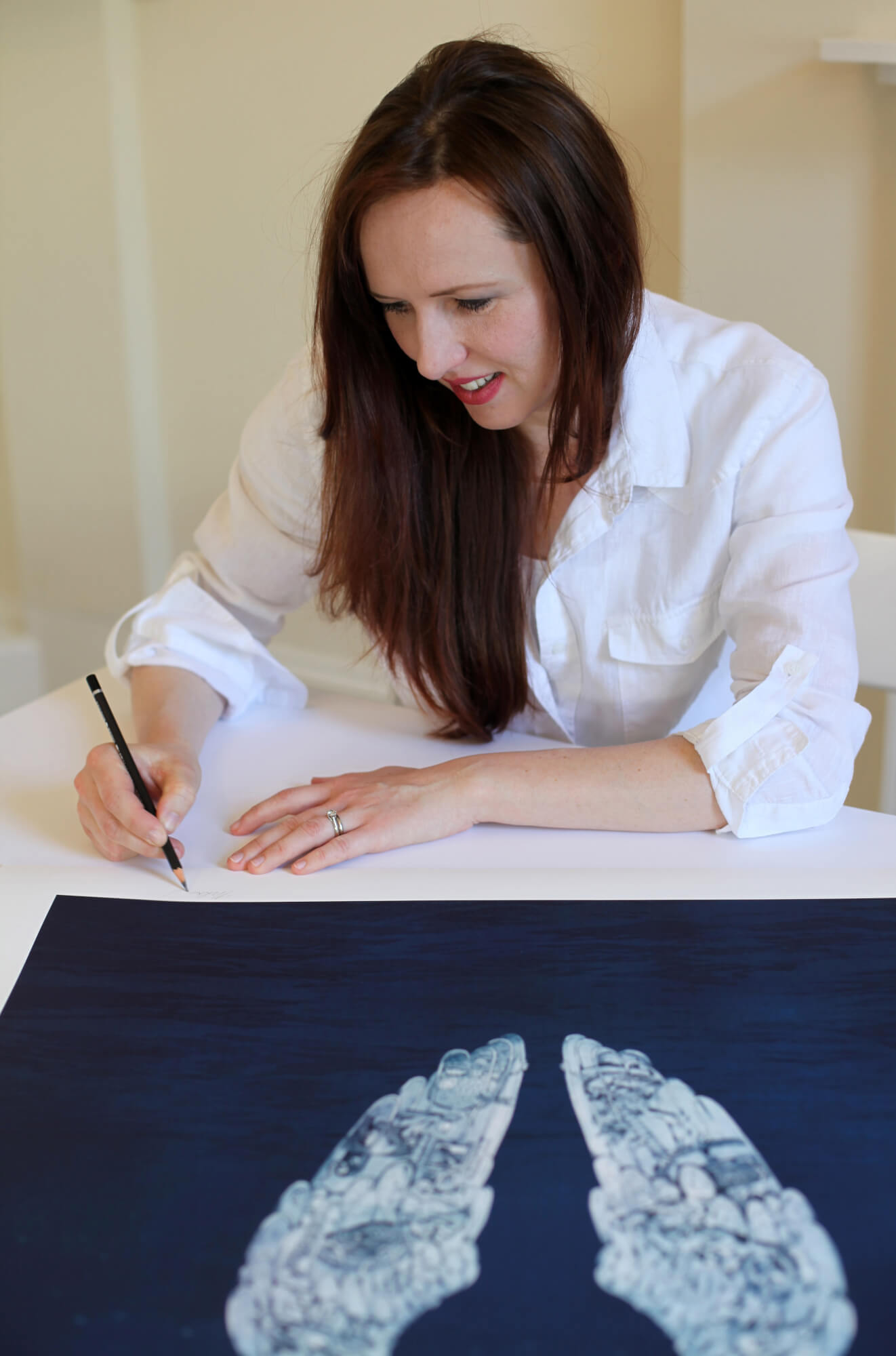 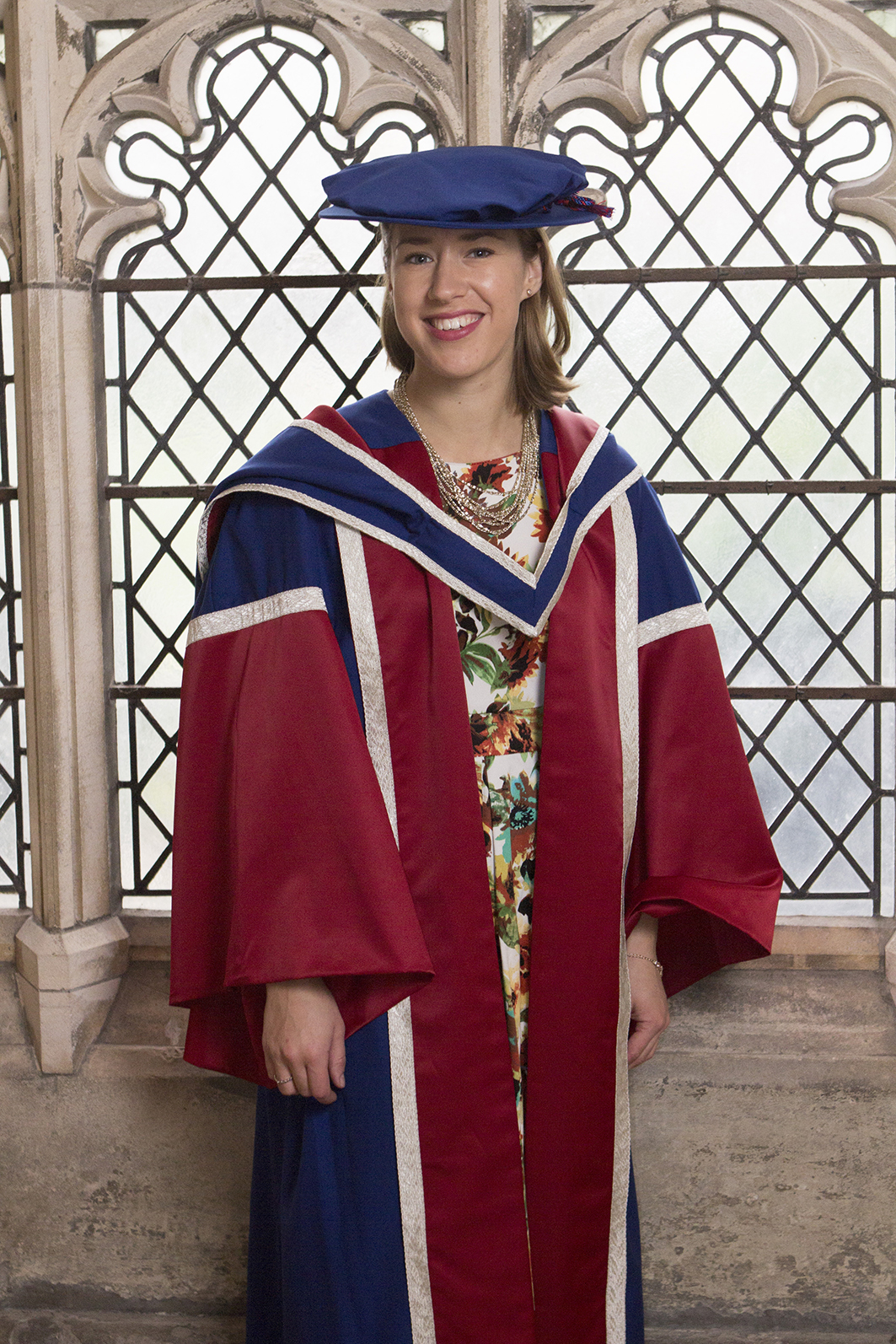 Lizzy, who graduated from the University of Gloucestershire with a BSc in Geography and Sport and Exercises Sciences, became Britain’s most decorated Winter Olympian in PyenongChang in February.

She first received a university sports scholarship in 2007 as an athlete, but took up skeleton while studying at the University of Gloucestershire. Lizzy received an Honorary Doctorate from the university in 2014.